Open for business and growing 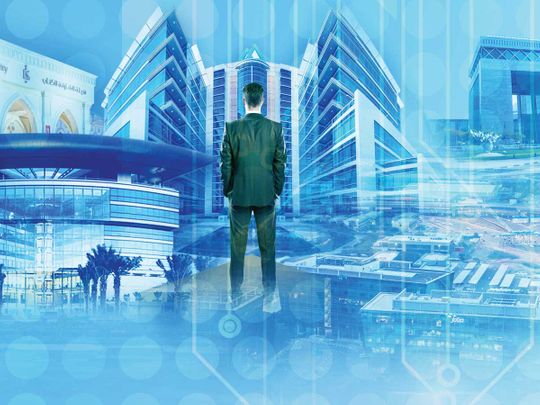 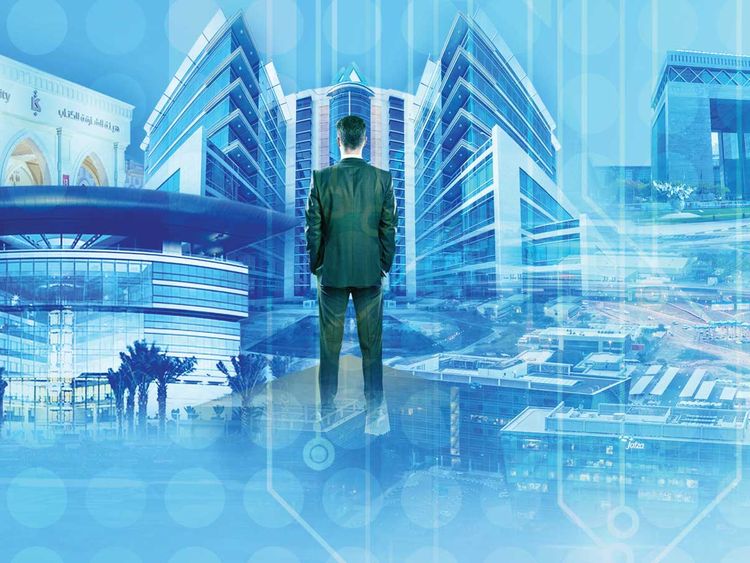 In 2018, free zones accounted for 36 per cent of the UAE’s non-oil foreign trade
Image Credit: Shutterstock

When Dubai declared its higher educational institutes would nurture student entrepreneurs with last month’s launch of the University Free Zones Strategy, it showed yet again just how these special economic areas have helped the UAE diversify its economy.

Since the launch of the Jebel Ali Free Zone in 1985, these business enclaves have become integral to the UAE economy, contributing GDP dollars while developing home-grown businesses.

In 2018, free zones accounted for 36 per cent of the UAE’s non-oil foreign trade, data from the Federal Customs Authority shows. At about Dh592.4 billion in value, the total represented a 5 per cent year-on-year increase over the same period in 2017.

“Through strategic partnerships and collaborations, promising investment opportunities, facilitating the transfer of skills, knowledge and technology, and as growth enablers in emerging economies, free zones play a key role in globalising and diversifying the UAE’s economy.”

Special economic zones (SEZs) have contributed to public finances since Greco-Roman times — when they were called free ports — but it is only over the last half-century that they’ve become an instrument to spur economic development.

United Nations Conference on Trade and Development estimates that there are 5,383 SEZs in 147 economies around the world as of 2019, up from about 4,000 five years ago. A further 507 have been announced. In total, these special zones account for 30 per cent of global trade, according to the World Free Zones Organisation.

Free zones typically operate within pre-defined geographic and trade limits, with more favourable fiscal and regulatory regimes than in the parent economy, as well as strong infrastructural and governmental support. Most of these business parks, for example, offer single-window clearance for entrepreneurs, while serving as a liaison between the company and other government and legislative authorities.

“The UAE’s free zones offer great incentives for investors to launch their business in the country, such as exemption from certain taxes and allowing 100 per cent foreign ownership of businesses,” says Jigar Sagar, Managing Director of Creative Zone, a business set-up advisory firm that has helped 36,000 entrepreneurs launch businesses in the UAE, both within free zones and on the mainland. In addition, free zones create regulations, policies and products focusing on the development of defined sectors, allowing for bespoke solutions for challenges faced by investors.”

Agrees Syam Panayickal Prabhu, Founder and Managing Director, Aurion Business Consultants, a firm that has helped over 4,500 companies to set up shop in various UAE free zones and other offshore jurisdictions, “The UAE can be called as the land of free zones. Other countries try to emulate this business model and seek our advice on how to do so.”

In the UAE, many free zones focus on a single industry or a group of affiliated business sectors. As such, they can incentivise entrepreneurs in under-represented economic areas without necessarily compromising a country’s overall economic health.

Sectors such as media and publishing, for example, benefit from this thematic approach. “The rise of specialised free zones makes it easier for investors to decide where they need to start their entrepreneurial journey,” says Dr Khalid Omar Al Midfa, Chairman, Sharjah Media City (Shams). “Specialised free zones cater to specific industries in the same way Shams caters to creative and media industries and provides them with the tools and resources to thrive.”

Sharjah Publishing City is another example. A niche operator within an industry of niche players, SPCFZ is the world’s very first publishing free zone. Having begun operations last year, SPCFZ already has 70 members and expects to grow to 300 by 2020. These businesses may not normally have considered launching in the UAE but are wooed by the incentives on offer.

Until now free zones have been the only areas where total ownership was permitted; companies on the mainland — typically in the mining, trading and manufacturing sectors — have required an Emirati partner with foreigners only allowed to own a maximum stake of 49 per cent.

“Apart from the real estate offerings from certain free zones, the gap between an offering from a free zone to that of mainland departments of economic development is slowly closing,” Sagar agrees. “Dubai DED, for example, has certainly caught up to the value proposition and we can see fantastic results such as 4,057 new licences issued in September 2019 along with the creation of 12,102 jobs in the labour market,” he adds, citing official statistics.

However, free zones offer other benefits, Shams’ Al Midfa says. “Although 100 per cent ownership is one benefit of setting up in a free zone, the idea of free zones has evolved to much more than that over the years. Today, free zones offer an ecosystem for investors to utilise shared resources and grow their business in the UAE.”

Accounting & VAT Services. “For entrepreneurs looking to set up a business in a cost-effective manner, various free zones are providing many affordable options,” she says.

But free zones and business set-up consultants alike are stepping up their game in response to the new law so as to stay ahead of mainland companies with products such as unified visas and trade licences. Last July, Sharjah Publishing City partnered with the Sharjah Economic Development Department to launch a dual-trade licence, which allows its companies to promote their products and services both within the SPCFZ as well as the UAE mainland’s markets.

In May, the Dubai Free Zones Council said its members have reached a preliminary agreement where companies operating in one of the emirate’s free zones will be able to operate in other free zones without need for a second licence. Over the medium term, at least, the UAE’s free zones expect business to continue growing.

Recent research conducted by International Real Estate and Investment Show projects that investments in the UAE free zones are likely to go up by 15 per cent by the end of 2020, in line with major events and activities such as Dubai Expo 2020 and beyond.

“Jafza attracts, supports and retains customers through its value propositions”

A spokesperson from Jafza on what makes the free zone an attractive option for investors:

Incentives are not necessarily limited to cash returns to customers. Jafza believes that customer service excellence is the greatest incentive of all. DP World, UAE Region’s integrated trade and logistics hub in Jebel Ali is a unique ecosystem that reduces cost, while enabling new opportunities for growth for companies that have set up business here.

Benefits to businesses include a customised platform for global connectivity, connections with a network of business leaders with a history of success and an easy operating environment created around simplifying operations, all within the dynamic Dubai market that supports enterprise development while offering one of the most desirable places to live.

What are the main sectors in focus for entrepreneurs in the UAE?

While Jafza is open to businesses under various categories, over the years we’ve seen five major sectors grow exponentially into clusters: food & beverages (F&B) with 570 companies, automotive with 566 companies, petrochemicals with 488 companies, logistics with 350 companies and retail and general trading with over 960 companies. These sectors drive Jafza’s expansion and together employ more than 40,000 people.

How do you support these sectors?

Jafza attracts, supports and retains customers through its value propositions and wide-ranging products. Our world-class infrastructure makes it easy for companies to do business. The multimodal, customs-bonded Dubai Logistics Corridor connects Jebel Ali Port and Jafza to Al Maktoum International Airport, the upcoming Etihad Railway, and a network of over 16,800km of roads, allowing customers to reach all across the GCC within one day. It’s one of the most efficient logistics platforms in the world.

On ground, we offer a full range of products including office units, warehouses, light industrial units and land on long-term lease, suitable for a variety of purpose-built facilities. The products are designed to accommodate the requirements of any company of any size. Other value-added products include business centres, hotel for visitors and customised build-to-suit options.

Mohamed Juma Al Musharrkh, CEO, Sharjah FDI Office (Invest in Sharjah), talks about the key advantages of setting up a company in the emirate.

“Sharjah’s network of free zones and industrial zones offers a slew of economic and commercial benefits including tax exemptions, 24-hour licensing services and liberal government policies that make these a desirable choice for all investors and entrepreneurs from across the world.

“Add to this strong connectivity by air, sea and land, low operating costs, a robust infrastructure and bespoke business consultancy to find opportunities that offer strong returns across all sectors.”