The IndustryKills YouTube channel has uploaded video footage of QUEENSRŸCHE's entire November 15 concert at Fix Factory Of Sound in Thessaloniki, Greece. You can now watch it below.

The band's setlist was as follows:

QUEENSRŸCHE is continuing to tour in support of its latest album, ”The Verdict”, which was released in March via Century Media Records. The disc was produced, mixed, and mastered by Chris ”Zeuss” Harris (ROB ZOMBIE, ICED EARTH, HATEBREED) at Uberbeatz in Lynwood, Washington; Planet-Z in Wilbraham, Massachusetts; and Watershed Studio in Seattle, Washington.

For the past three years, drummer Scott Rockenfield has been taking time off from QUEENSRŸCHE's touring activities to spend time with his young son, who was born in early 2017. Filling in for him is former KAMELOT drummer Casey Grillo.

La Torre, who has played drums since the age of 13, laid down the drum tracks on ”The Verdict”. 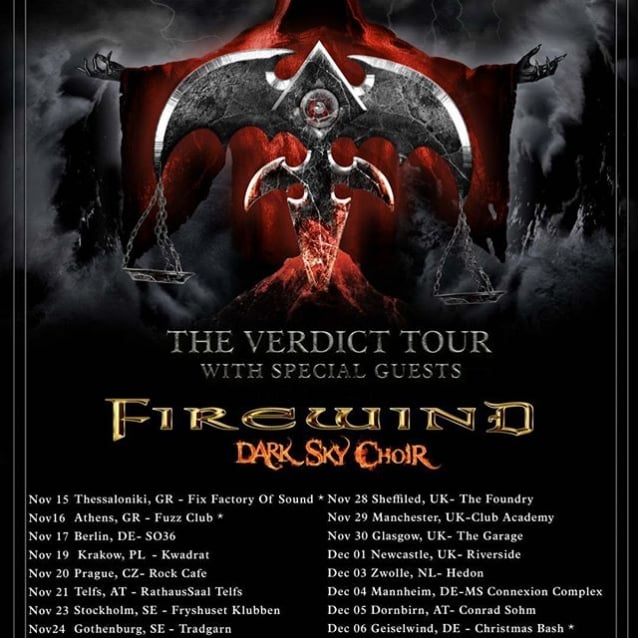