Former MORBID ANGEL frontman David Vincent will release his autobiography, ”I Am Morbid: Ten Lessons Learned From Extreme Metal, Outlaw Country, And The Power Of Self-Determination”, on paperback on February 11, 2020 via Jawbone Press.

”I Am Morbid” tells the astounding story of Vincent, former bassist and singer with MORBID ANGEL and now outlaw-country performer and leader of the I AM MORBID supergroup. Written with the bestselling author Joel McIver, it's an autobiography that transcends the heavy metal category by its very nature. Much more than a mere memoir, ”I Am Morbid” is an instruction manual for life at the sharp end — a gathering of wisdom distilled into ten acute lessons for anyone interested in furthering their fortunes in life.

MORBID ANGEL redefined the term pioneers. A band of heavy-metal-loving kids from all over America who broke through a host of music industry prejudices and went on to scale huge commercial heights, they introduced a whole new form of extreme music to the world. Formed in 1984, and breaking into the limelight in 1989 with their devastating first album, ”Altars Of Madness”, the Florida death-metal legends became the first band of their genre to sign to a major label, from which point they came to dominate the worldwide metal scene for two decades and beyond.

David left MORBID ANGEL in 1996, and again, following a reunion, in 2015. For the first time, ”I Am Morbid” explores the reasons behind his departure, and the transformation of his life, career, and music in the years since. This is a classic but never predictable tale of a man who has fought convention every step of the way — and won.

In 2017, Vincent released his debut country single, ”Drinkin' With The Devil”, with tentative plans to complete a follow-up record.

After Vincent's last exit from MORBID ANGEL, he was replaced by a returning Steve Tucker, who previously handled bass and vocals on MORBID ANGEL's ”Formulas Fatal To The Flesh”, ”Gateways To Annihilation” and ”Heretic” LPs.

Vincent recently defended his right to perform MORBID ANGEL's classic songs with his I AM MORBID project, telling Portugal's ”Metal Global” radio show: ”Times come and life works the way that it does. And there are times when… It's like a marriage — sometimes they don't always work forever. But that doesn't mean that the children that we've had together, that I don't still love my children. Although Trey [Azagthoth, MORBID ANGEL guitarist and sole remaining original member] and I have some irreconcilable differences, that doesn't in any way preclude me from still having the love and the passion for all of my children.” 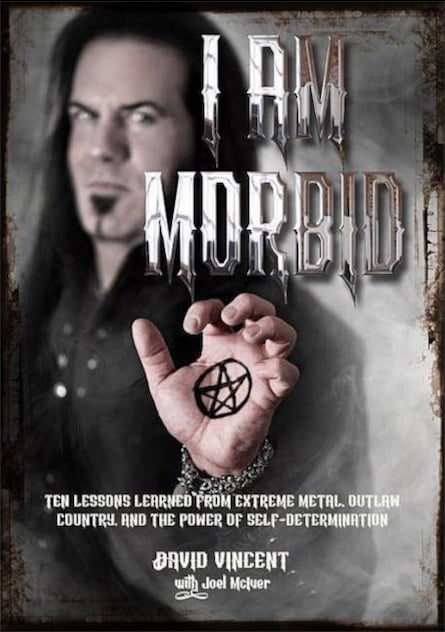