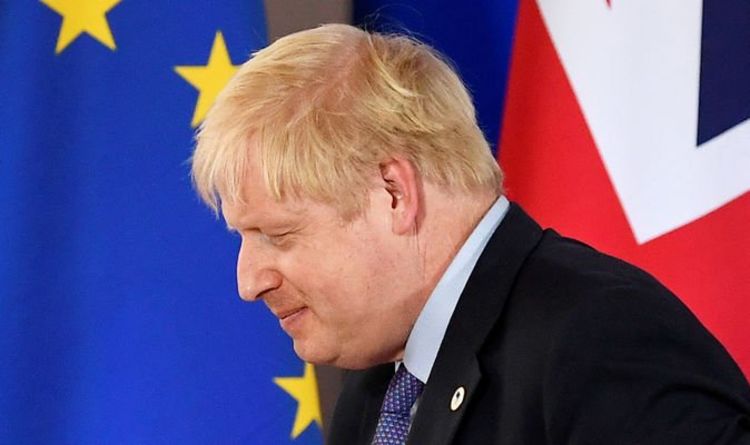 PARLIAMENT will sit in a ‘Super Saturday’ session on October 19, the first Saturday session in 37 years. So what time will it all begin, and how can you tune in?

Prime Minister Boris Johnson isbringing his Brexit deal to the House of Commons today, with the hopes of receiving MPs’ support to move forward and deliver Brexit in the nick of time. The Prime Minister said he is “confident” he can win a majority, but it will certainly be day of high political drama.

What time is the session?

MPs will gather in the House of Commons at 9.30am BST.

Peers in the House of Lords sit at 10am and are due to finish at 3pm.

All eyes will be on the Commons, however, and the timings are still totally up in the air.

The proceedings will get underway with a statement from Mr Johnson.

Brexit vote time: Boris Johnson will be bringing his Brexit deal to the House of Commons on Saturday (Image: Reuters)

Brexit vote time: A deal was agreed with the EU this week (Image: Reuters)

He will then take questions on his Brexit deal from MPs for a couple of hours – expect a lot of jeering.

The main debate on the deal will follow that, opened by a Government minister.

Speaker John Bercow will reveal which amendments have been selected.

Voting on the deal is expected to begin after 2.30pm.

Any amendments selected will be voted on first.

Brexit vote time: MPs will gather in the House of Commons at 9.30am BST. (Image: Getty)

How can you watch it live?

You can stream the whole thing on Parliament Live TV – here’s the link.

All major news channels will be showing the main proceedings too.

You can also follow Express.co.uk’s live blog, with coverage and analysis throughout the day.

What are the amendments?

Three amendments have been tabled so far, though this doesn’t mean they’ll definitely be debated on.

Here are the three:

1. An SNP amendment to revoke Article 50 and cease the Brexit process, tabled by Angus MacNeil

2. An amendment from the SNP’s Westminster leader Ian Blackford rejecting the new Brexit deal and calling for an extension until at least January 31 to allow for an early election

3. An amendment from former Tory MP Oliver Letwin to withhold House of Commons approval of the deal until the legislation to implement the agreement is passed

The third one is the most significant at the stage – it has cross-party support, so has an increasing chance of being selected for debate.

The aim of the Letwin amendment is to close a loophole in the Benn Act, which would see the Prime Minister forced to request an extension if a deal isn’t achieved by the end of tomorrow.

It rests on the idea that was Parliament to approve the deal for the purposes of the Benn Act now, there might then be a danger that the subsequent legislation to enact it might be derailed, resulting in a no deal exit on October 31.

If it passes, and the main motion – approval for Mr Johnson’s Brexit deal – passes as amended, Mr Johsnon will be required to request an extension from the EU to January 31 by the end of Saturday.

He is then expected to introduce the Withdrawal Agreement Bill (WAB) which is there to implement any withdrawal agreement into law.

The UK could technically still leave on October 31 if Mr Johnson passes the legislation very quickly, but legislation could take longer and opens the door to amendments from MPs and Lords.